One Dog At A Time.

In 2006, during a tour of duty in the Afghanistan town of Now Zad, Royal Marine Sergeant Pen Farthing helped break up a dogfight. Located in Helmand Province, this was an area once described as the most dangerous place on Earth. Pen could not resist the soulful eyes of one of the street dogs he saved, whose ears had been cut off for fighting. He ended up befriending the dog and named him Nowzad.

After his tour of duty ended, Pen went through a difficult process to bring Nowzad home to the UK. He quickly realized that he wasn’t the only one hoping to do the same. Pen founded NOWZAD, and soon began the process of reuniting dogs with the soldiers who had befriended them in war zones around the world, including Afghanistan, Iraq, Ukraine, Kuwait and Libya. Through donations, happy homecoming destinations have included USA, UK, Australia, Belgium, Canada, Germany, Holland, Italy, Spain, Jordan and South Africa.

Seven of the rescued street dogs have become fully fledged service dogs in the United States. The dogs are a much valued and loved lifeline to their veterans who have been diagnosed with PTSD. That these dogs endured a war zone like their handlers only strengthens the connection and understanding.

Nate, reunited with Hannah through the efforts of NOWZAD. Hannah is now Nate’s service dog.

“As the troop sergeant in Afghanistan, I was there to motivate the guys and get them fired up again to go out and do the job. But no one was doing that for me,” said Pen. “My time with this dog was a way of de-stressing, collecting my thoughts and popping my head back in the game.”

Hope For Animals In A War-Tone Region. The charitable organization has reunited more than 900 dogs and cats with the soldiers. NOWZAD also runs the only animal shelter and clinic of its kind in all of Afghanistan. Currently, it is home to around 150 dogs, 40 cats and six donkeys. The modern veterinary clinic is staffed by a team of Afghan nationals. In addition to animal welfare education, NOWZAD’s mission at the clinic is the prevention of the spread of rabies. They are also implementing a humane trap, neuter, vaccinate and return program in Kabul for cats.

Who Rescued Whom? Often, the brave men and women serving their countries in war zones around the world, find themselves adopting a stray dog or cat struggling to survive. The animals end up providing a respite from war; a moment of peace, home and love. Leaving them behind, after their tour of duty is over, is unthinkable for many of these soldiers. NOWZAD arranges for the dog or cat to safely get to the Nowzad clinic where shelter and care are provided. They spay/neuter all rescues and provide any other required medical attention as well as vaccinations. Then, they carry out all necessary checks and paperwork to ensure the animal will arrive to its final destination, back in the arms of its loving warrior.

NOWZAD’s Policy Statement On The Import Of Dogs. There has been an increase of press speculation in reference to the irresponsible importation of dogs in the UK and the US. “It has been reported that more than 30,000 dogs were brought into the UK from the EU alone, with the majority coming from Romania, Bulgaria and Lithuania; many of which are via puppy traffickers or negligent organizations that do not adhere to the strict regulations that are required to import a dog or cat into the UK. Irresponsible dog importation poses a health and safety threat not only to the dog itself, but to other dogs and humans it may come into contact with. Many of the dogs imported are not a typical domesticated dog that easily integrates into a household environment; a fact not always communicated fully to a new owner,” states NOWZAD on its website. While there have been numerous calls to prevent this international rehoming as standard practice, NOWZAD adds. “Whilst a complete ban would be unfavorable to us as it would prevent us reuniting soldiers with the dogs or cats, we strongly advocate the need for tighter regulations to prevent rogue importers who are detrimental to the hard work of reputable and responsible animal charities like ourselves.”

Cathy Kangas, who sits on the Board of NOWZAD says of Pen, “He has shown that one person can have an amazing impact, bringing good to an environment written off by many. NOWZAD is demonstrating what can be achieved when people from all walks of life and cultures cast differences aside and work toward a common goal.”

November, 2011/JFK Airport. With the help of American Dog Rescue, NOWZAD was able to make this emotional reunion possible between Adam and his battle buddy Freedom.

The New Barker dog magazine was first introduced to Pen Farthing and NOWZAD in 2011 by Florida’s own Arthur Benjamin of American Dog Rescue. Pen has written the bestseller “One Dog at a Time, Saving the Strays of Helmand.” The NOWZAD charity has support from animal lovers all over the world, including Ricky Gervais, who donated the profits from one of his warm-up gigs, earlier this year. The warm-ups took place ahead of Gervais’ national tour of his stand-up show, appropriately called Humanity. 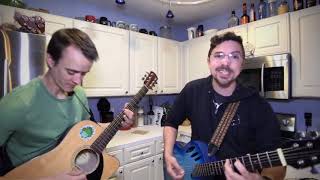 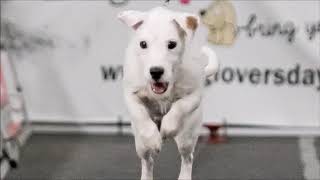 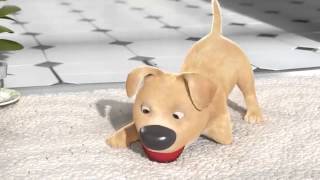